The potential of drop-in biofuels to decarbonise aviation

There is increasing recognition that drop-in biofuels will play an essential role in decarbonizing the long-distance transportation sector, particularly aviation and marine.

Although increasing (green) electrification is anticipated to decarbonise urban road transport, the current fuel and engine infrastructure combined with the long lifespan of aircraft and maritime vessels predisposes them to using low carbon-intensive, drop in biofuels.

This session discussed the role that drop-in biofuels will play and how technology maturation and, most importantly, enabling policies, will play in facilitating the production and use of low carbon intensive drop-in biofuels.

Progress in the commercialization of biojet/SAF: technologies, potential and challenges 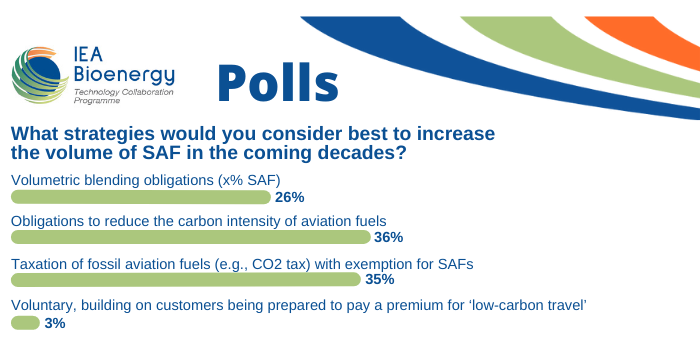