Waste and residue valorisation in a circular economy

A circular economy is an industrial system that is restorative or regenerative by design. It largely builds on material cycles on the one side (reuse, recycling), and biological cycles for nutrients and carbon on the other side, with energy requirements provided by renewable sources and as efficient as possible.

The role for energy-from-waste is currently to treat those fractions of waste that cannot be recycled or recovered to produce power and/or heat; but there are evolving trends to valorise such waste and residues in higher value applications such as liquid fuels or chemicals, for instance through chemical recycling methods.

This session considered the role of bioenergy from waste & residues in the circular economy, presented examples of modern waste-to-energy systems and looked into promising conversion routes such as gasification.

The role of bioenergy from waste & residues in a circular economy 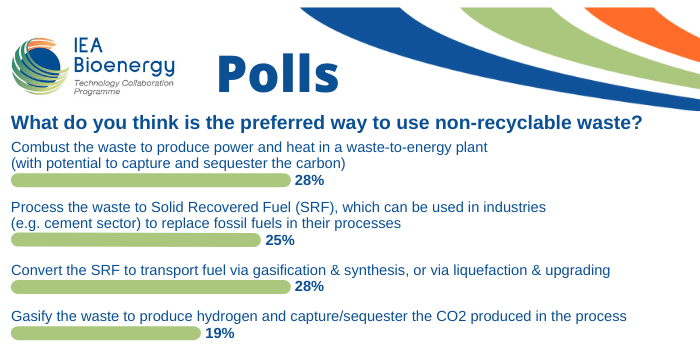